The first thing to do is to solder a snubber circuit across the 400-300-0-300-400 wiring. This joins together both of the 400v taps via a capacitor in series with a resistor.

Doing this first should make the following wiring easier to achieve.

Looming the wires from the secondary required a little planning so I drew a diagram for the purpose - and here it is:

I also included the choke leads and remaining ground leads (i.e. the ones requiring chassis earth).

I began by soldering the relevant wires to the PSU board. I then laced back toward the transformer; including the necessary wires as I went along.

Now, because most of the wires had to 'turn a corner', I continued to lace in a straight line, estimating where each would exit the loom. Fortunately this worked out well. Once the lacing was complete, the wires were bent into place and soldered. 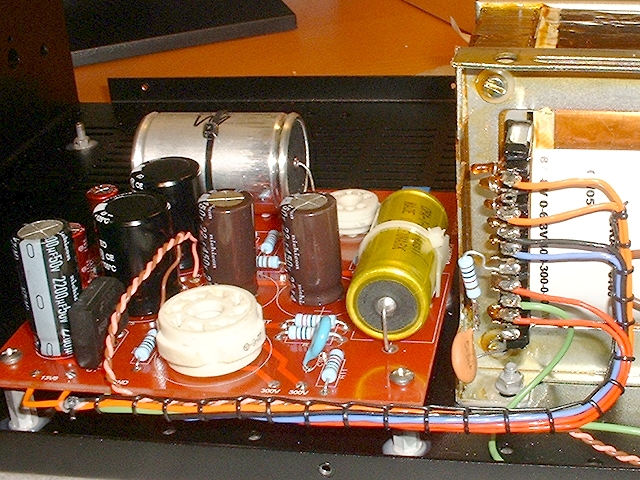 The completed loom including the snubber circuit